How Will Rising Inflation Affect the Hammersmith Property Market

The UK is currently experiencing its highest inflation rate since the early 1990s. This increase in prices has primely come about by the combination of an increase in demand for goods and services from consumers following lockdown last year together with global supply chain disruptions.

Most economists weren't too concerned about this increase in the inflation rate as the very same thing happened in the early 1990s following the Credit Crunch with a similar rise in demand and supply chain issues. Thankfully, back in the early 1990s, inflation returned to lower levels quite quickly. However, the situation in Eastern Europe now could change matters.

So, let me look at all the factors and what it means for the Hammersmith property market.

The crisis in Eastern Europe has sparked even further rises in crude oil (which diesel and petrol are made from), gas and grain prices as pressure on supply chains around the world increases.

In my previous articles, I suggested UK inflation would rise to around 7% in the spring and drop back to 5% in the autumn and as we entered 2023, be approximately 3% to 4%.

Yet, with these issues, inflation could rise to 8% to 9% by late spring and still be around 6% to 7% in autumn, well above the Bank of England's target of 2%.

With Hammersmith wages rising at only 3% to 4% and inflation at 7%+, Hammersmith household incomes, in real terms, will fall.

This is because ‘real’ UK household incomes characteristically have been the most consistent lead indicator of growth (or a drop) in house prices. This is because growing inflation erodes the value of money you earn, which reduces its buying power. When the cash in your pocket has a lower spending power, people tend to spend less when they buy (and rent) a home (and vice versa).

Next month, Income Tax thresholds will be frozen, and National Insurance contributions are increasing. Collectively, all these issues will create a drop of around 2% to 2.5% in the real disposable income of Britain's households in 2022 (real disposable income - somebody's take-home wages after tax and then the effects of inflation are considered).

Will Hammersmith people be more anxious to spend their money?

With less money in people's pockets, people's inclination to spend the money they do have could also be curtailed. People's savings are at an all-time high, yet many will decide to sit on the cash, instead of spending it, especially as consumer confidence has dropped to minus 26 on the GfK index (whatever that means – but in all seriousness though - more on that below).
All this can only mean there is going to be a house price crash.

The average price of unleaded petrol is £1.51/litre today, quite a jump from the £1.21/litre a year ago. But here is an interesting fact, petrol was a lot more expensive (in real terms) in 2011 than today. In TODAY's money, a litre of unleaded petrol in 2011 would be the equivalent of £1.79/litre. We have some way to go before we get to those levels – and again, the Hammersmith economy (and property market) kicked on quite nicely after 2011.
What are Hammersmith people spending on their rent and mortgages? 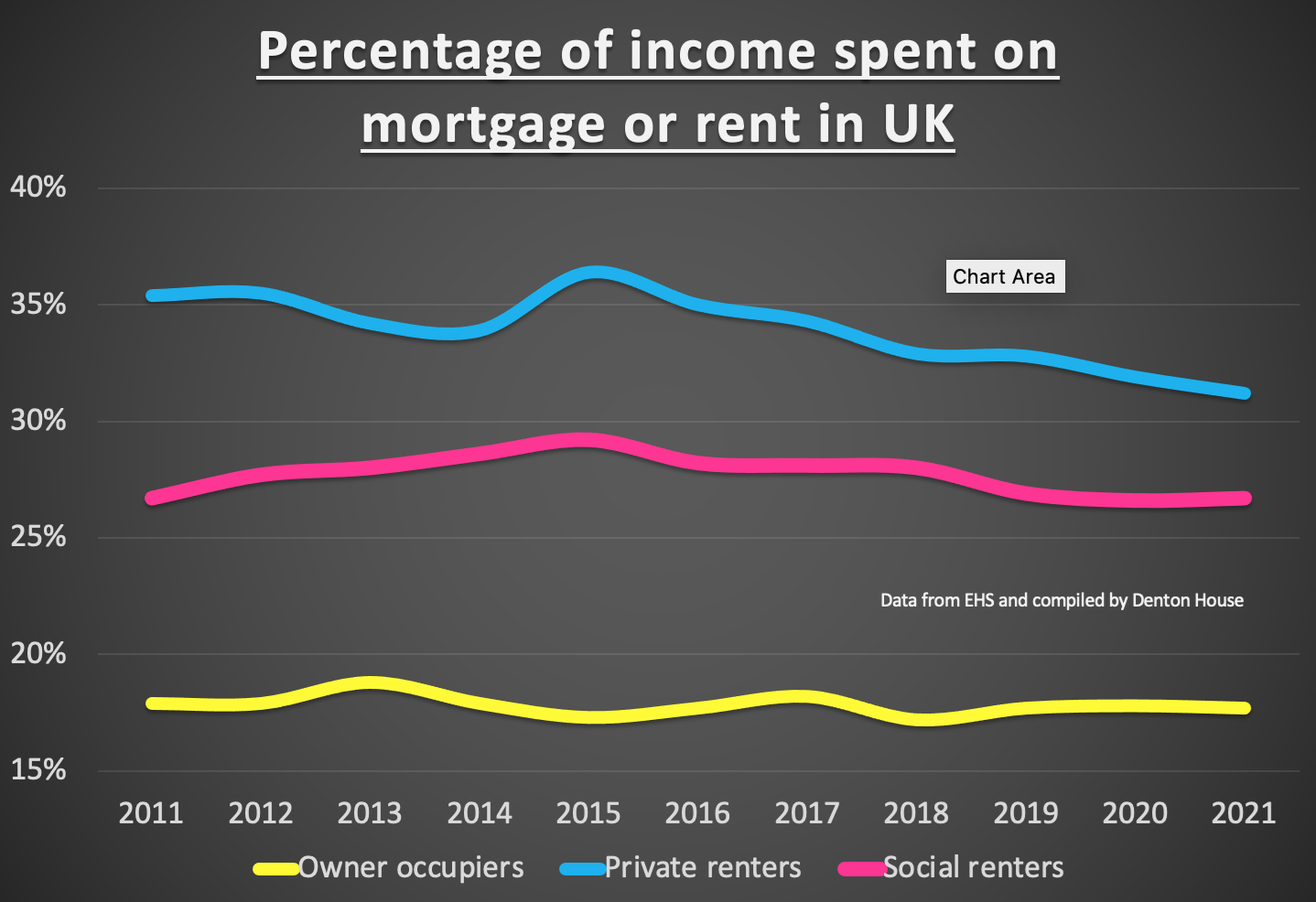 How we spend our money - the average UK home spent 4.2% of their household income on energy in 2021, and that is due to rise to 6.3% after April (and probably 7% in October). Yet, as a country, we spend 9% of our income on restaurants and hotels and 8% on recreation and culture. As with all aspects of life, it will mean choices, and maybe we will have to forego some luxuries?

Just before I move on from this aspect of the article, again I appreciate I am talking in averages. Many people with low incomes suffer from fuel poverty and they will find the increases in energy prices hard - my thoughts go out to you.
Interest rates - higher inflation is generally brought under control using higher interest rates, meaning mortgage payments will be higher.

First, 79% of homeowners with a mortgage are on a fixed rate, so any rise won't be instantaneous. Yet, there will be a bizarre side effect from the issues in Eastern Europe. Surprisingly, though the current situation in Eastern Europe, by its very nature, will bring greater UK inflation, it will also probably defer the Bank of England raising interest rates. This means mortgage rates won't increase as much as the bank won't want to exacerbate any pressures to the UK economy in 2023/24 caused by the conflict.

The stock market had priced an interest rate rise to 2% by the end of 2022. I suspect this will now be no more than 1% to 1.25% by Christmas, slowly going up in quarters of one per cent every few months. The crisis in Eastern Europe might even come to be seen as a defence for higher inflation throughout 2022, all meaning everyone's mortgage will be less.

Next, looking at Consumer Confidence Indexes - these indexes are fickle things. I prefer to look at the Organisation for Economic Co-operation and Development Consumer Confidence Index as it has a larger sample range and a longer time frame to compare against. Looking at the data from the mid 1970s, the drop in consumer confidence is big, yet nothing like the drops seen in the Oil Crisis of the mid 1970s, Recession of the early 1980s, ERM crisis of 1992 and the Global Financial Crisis of 2008/09. Also, when compared to the other main economies of the world (G7), the UK has always bounced back much more quickly from recessions when it comes to consumer confidence.

What about house prices in Hammersmith in 2022/23?

Increasing energy prices, rising inflation, an increase of sanctions, and a probable drop in consumer confidence and spending in the aftermath of the conflict will knock the post-pandemic recovery globally, which will lead to a recession around the world, including the UK.
A recession is when a country’s GDP drops in two consecutive quarters. For the last 300 years, there has been a direct link between British house prices and GDP - (i.e. when GDP drops, UK house prices fall). Yet in 2020, the British GDP dropped by nearly 12%, yet house prices went the other way.

But let’s look at what would happen if Hammersmith house prices did drop by the same extent they did in the Global Financial Crisis of 2008/09.

House prices in Hammersmith dropped by 16.6% in the Global Financial Crisis, the biggest drop in house prices over 16 months ever recorded in the UK.

The average value of a property in Hammersmith and Fulham today is £825,487.

Meaning if Hammersmith's house prices dropped by the same percentage in the next 16 months, an average home locally would only be worth £688,456.

On the face of it, not good - until you realise that it would only take us back to Hammersmith house prices being achieved in May 2020 - and nobody was complaining about those.

Yes, that will mean if they do drop in price, the 5.2% of Hammersmith homeowners who have moved home since May 2020 would lose out if they sold after that price crash. But how many people move home after only being in their home for a few years? Not many!

The simple fact is that 94.8% of Hammersmith homeowners will be better off when they move if house prices crash.

And all this assumes there will be a crash. 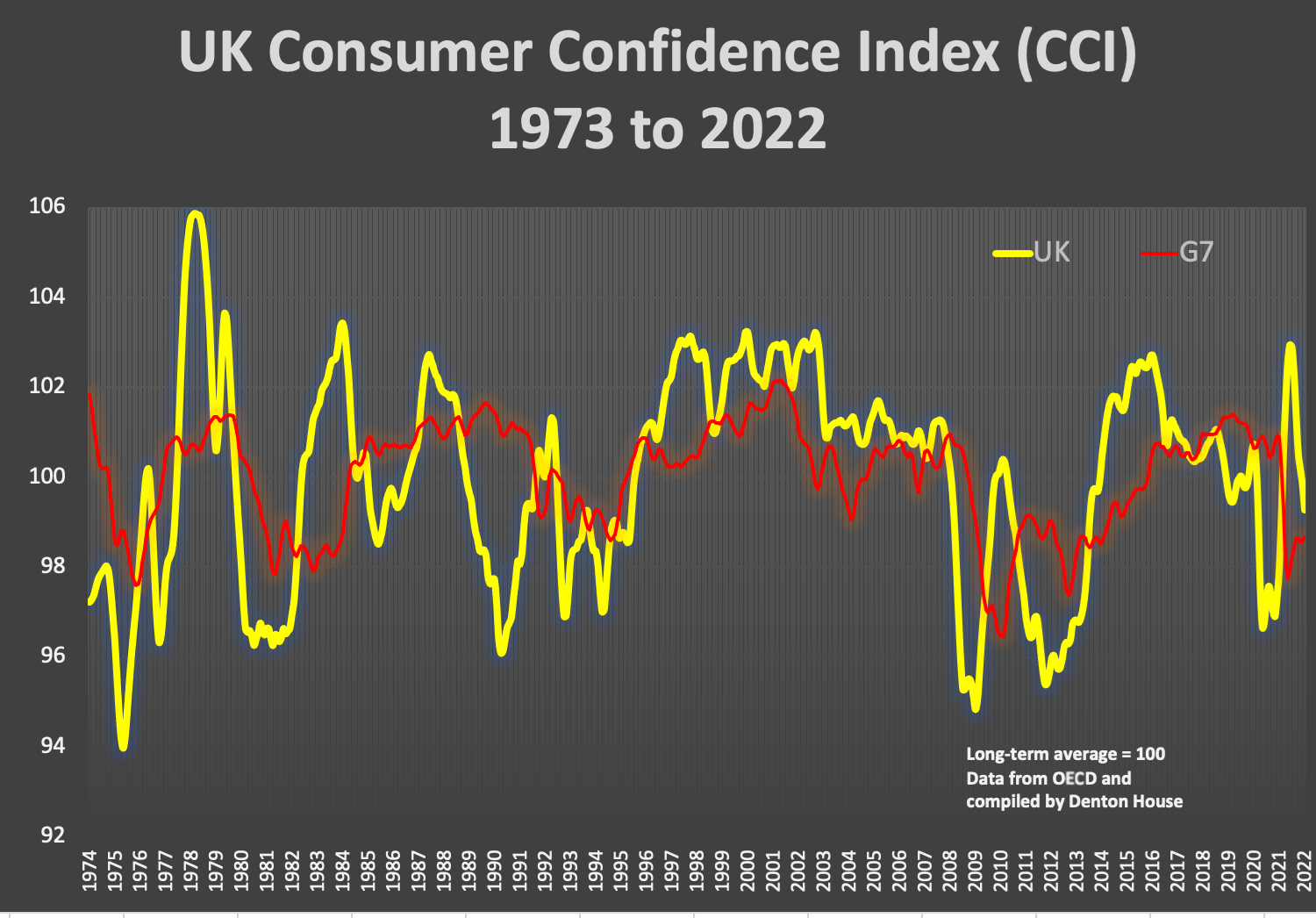 I do believe with all that's happening in the world we might see a rebalancing of the Hammersmith property market later in 2022 and could see the odd month with little negative growth in house prices, yet it will be nothing like 2009.
The expected fall in household spending could be counterbalanced by UK businesses’ plans to invest more in their businesses (with last year’s tax breaks on investing), which will create even more jobs.
Who knows what the future holds? These are just my opinions - what are yours?