When we go on a journey of any length we invariably have a choice of routes. we could opt for the high-speed convenience of the motorway for efficiency, or take the winding country roads for the joy of the journey. both have merits: depending on the mood and purpose of the journey: fast lane or slow road can have upsides.

When shifting data, on the other hand, the slow road has absolutely nothing to recommend it. Whether you are a work-from-home graphic designer looking to send a big file to a client, or a tired store manager just wanting to binge watch Stranger Things, data that is on the long and winding road is no use to anybody.

And yet we were told that the Internet would set us free, whether we were in a flat in the sky in Southwark or a cottage on the Isle of Skye. It hasn’t quite worked out like that.
It isn’t too hard to grasp why. The graph shows the average download speeds for the lower quartile of local authorities in England and Wales, ie the quarter slowest, the League Two of downloads. It’s no particular surprise that it is dominated by areas in Wales and the West. But there are tantalising hints that it is not just being in non-central regions that constrains these areas. What, for example, are Canterbury and Milton Keynes doing in that list?

Canterbury, after all, is a University city in the South East. But that is probably its issue. The telecoms companies are wary of pushing installations in area that have transient populations, and there few more transient than students, and Canterbury has the highest student: resident ratio in the UK, with 22% of its age-16-74 population being students. The national average is 7%.

Milton Keynes, on the other hand, is the last of the New Towns, originally conceived as a new city. So why is it in the lower leagues? Put simply it is built at quite low density, and significant areas of it are very rural in character. There is a lot of farmland and a cluster of smaller villages that are a long way from their nearest telephone exchange. So, although those who live in fibred-up areas get high speeds, many don’t.
A similar tale can be seen in parts of Essex, meaning that Braintree and Maldon look enviously at their neighbours.

The trick here is to know that averages need to be interpreted. Even in areas with high average speeds – the upper quartile, the premier league, however you want to characterise it – will have cold spots and it may be as simple as a few cabinets not being fully updated.

So the first lesson: like all agents, know your area in detail. That’s hardly a surprise.

But second: maybe time to start lobbying. Maybe hook up with your local Chamber of Commerce or Federation of Small Businesses branch and try a little collective leaning on the telecoms companies. These companies are big and cumbersome, but ultimately they are data-led. And if they get enough data to suggest demand, they might just tweak the installation programme. And that would be a win-win. 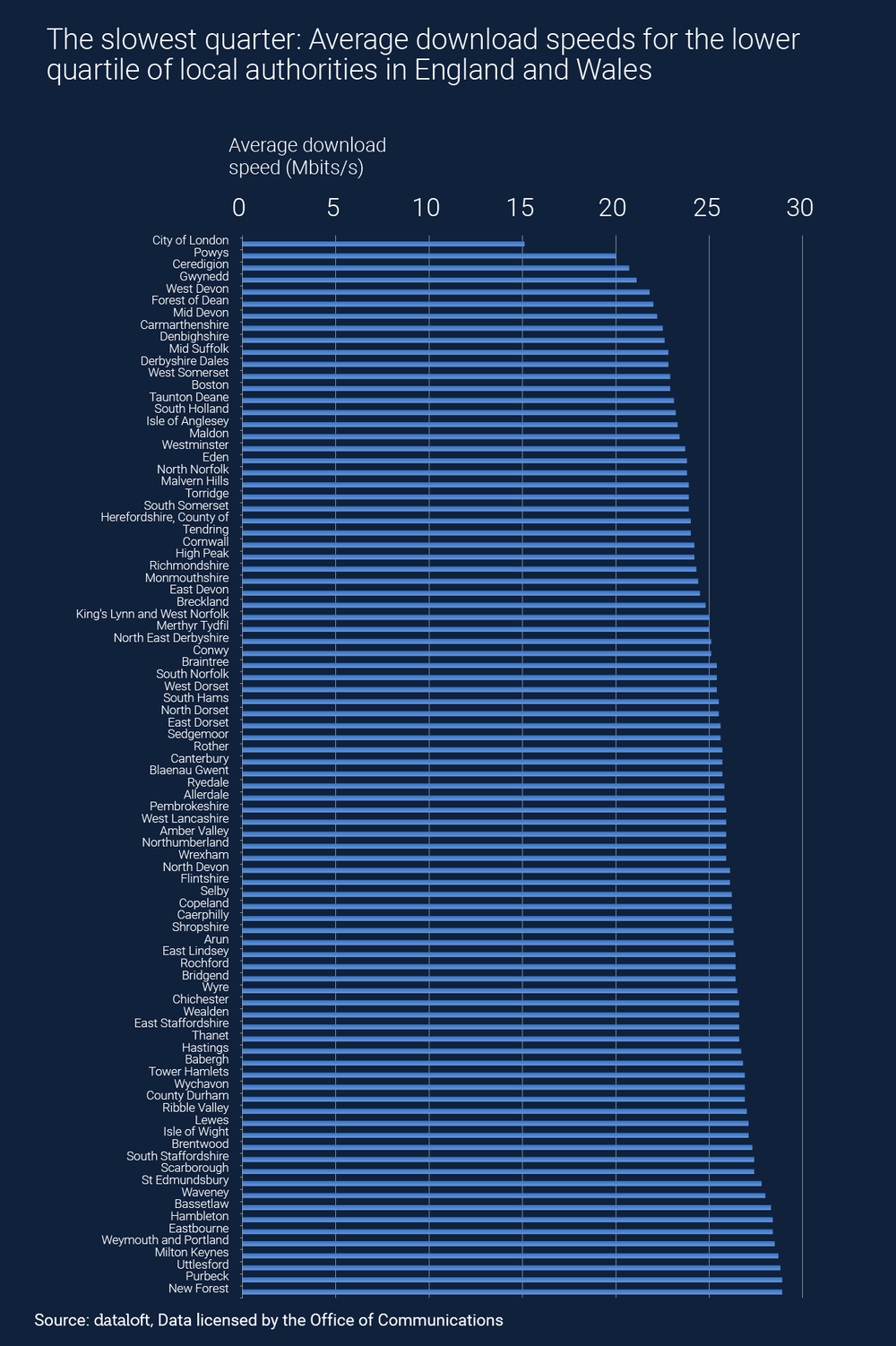 For more help, advice or information with selling and or buying a home please email sales@willmotts.com or call 020 8222 9958