Does air quality affect the marketability of your home?

21 june 2018 was clean air day. a day which aims to increase awareness of air quality, the effects air pollution can have on your health and what steps can be taken to improve air quality. air quality is a factor which home buyers are increasingly considering when deciding on a shortlist of properties, particularly in urban areas.
Health risks

Poor air quality is the largest environmental risk to public health in the UK, ultimately reducing life expectancy. Evidence shows that it increases the risks of respiratory (including childhood asthma and lung cancer) and cardiovascular disease, stroke and dementia.

In 2016, 86% of Britain’s 43 air quality zones breached the legal annual mean limit for nitrogen dioxide (N02) of 40 ug/m3. NO2 is just one of the air pollutants that is monitored when looking at air quality and approximately a third of NO2 levels are now due to traffic emissions.

The Government target was for these 43 zones to be compliant by 2010 but it has conceded it could take until 2026 before air quality targets are met. The effects of NO2 are local and local authorities have been tasked with producing local solutions as part of their local plans.

In London exceedances of 40 ug/m3 are widespread throughout the city near busy roads and in central London there are also instances where these levels occur between main roads and motorways, even though the general trend for NO2 levels has been downward. Outside of the capital, where exceedances occur these have been mainly at roadside locations.

To start to tackle the issue of air pollution, London established a much-needed Low Emissions Zone ten years ago and Mayor, Sadiq Khan, is looking to bring forward the rollout of the city’s Ultra Low Emission Zone (ULEZ) by April 2019, following a public consultation which was 60% in favour of an early implementation.

Following the Clean Air Framework in May 2017, in which Clean Air Zones were identified as the most effective way to improve roadside air quality, the government has set aside funds to help other local authorities take steps to improve their air quality. In July 2017, £225 million was made available as part of its Clean Air Strategy. This was added to in the Autumn Budget that year when a £220 million Clean Air Fund was announced.

“Clean Air Zones improve the urban environment to support public health and the local economy, making cities more attractive places to live, work, do business and spend leisure time. They support cities to grow and transition to a low emission economy thus ensuring these benefits are sustainable for the long term.” 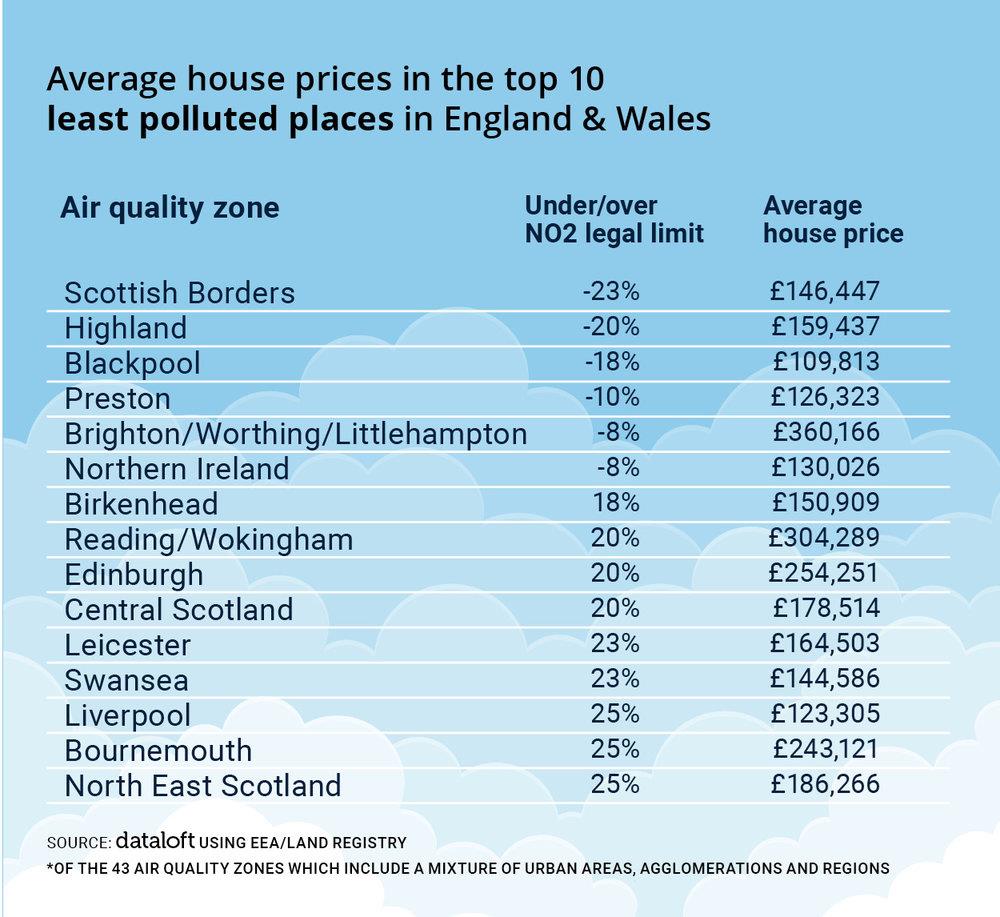 The EEA (European Environment Agency) data for the CAZs shows that London was exceeding the 40 40 ug/m3 threshold by 150% in 2016 based on average mean levels. More detailed data from London Air/ King’s College London shows that since 2008, average NO2 levels have fallen by 14% on the roadside and by 23% based on the mean background in Greater London. This is in part due to the low Emissions Zone introduced 10 years ago along with other policy and lifestyle changes (more walking and cycling). This is likely to be a factor which has encouraged the repopulation of central London.

What steps are cities outside the UK taking to improve air quality?

Copenhagen – through planning policies reducing the need for car usage and investing in cycle networks
Los Angeles – LA Express Park (a demand-based parking system) was launched to reduce congestion.
Milan – congestion charge
Paris – restricting vehicles into city centre using a sticker system
New York City – reducing idling since 2009 using fine system, especially near schools.
Freiburg – encourages the use of public transport by restricting car ownership in areas of the city.
Delhi – ban on all large diesel vehicles and phase out of diesel taxis.
Netherlands – movement by politicians to ban sale of all petrol and diesel cars by 2025, allowing only electric or hydrogen.
Oslo – planning a large no car zone and investing in cycle network, removal of car parking spaces and congestion charge
Air quality and its impact on the housing market

There are no signs of a correlation between air quality (as measured by NO2 emissions – annual mean – for CAZs) and house prices at a local authority or regional level across the UK during this snapshot. This is because there a myriad of other factors that influence the levels of demand present in housing markets.  Currently, economic ones, such as number of jobs and salary levels, outweigh any concerns that may exist about potential health issues arising from poor air quality. This is evident in London with the highest values being achieved at its core in Prime Central London due to the quality of the housing stock and amenities, with easy accessibility to lucrative employment markets. Relationships between air quality and house prices might be more relevant at a very localised level (i.e. different ends of a street) and researchers have certainly found correlations in US cities using much smaller geographies.

It has been suggested that a poor air quality rating could be detrimental to an asking price by as much as 15%. There is evidence that house prices dip steeply with proximity to busy roads (such as the North Circular in London), that flat prices tend to increase with height from street level and that open space and waterfronts attract premiums. A proportion of these premiums may be attributed to air quality although it is difficult to single out this factor from other consideration such as noise and light pollution and better views, which will also play a part.

Since the industrial revolution, homes located adjacent to areas of heavy industry have been less desirable and thus sold at a discount to comparable properties located in their leafy suburbs. Over the last 20 years, buyers have become ever more environmentally aware and data more freely available. Consequently, air pollution level (albeit often invisible) is another factor that buyers are progressively taking more into consideration along with other pros and cons of a property and its location.

For the past year or so, it has been mooted that air pollution statistics (at least in the form of a simple traffic light system based on the Government’s Air Quality Index) could end up sitting alongside EPC ratings on property listings due to consumer demand. This is a real possibility although an increasing number of smartphone Apps for real-time and historic air pollution at a very localised (postcode) level may plug this gap sooner than any official rating on property particulars.

Call Willmotts for property advice or information with selling. buying or letting a home please email sales@willmotts.com or call 020 8222 9958